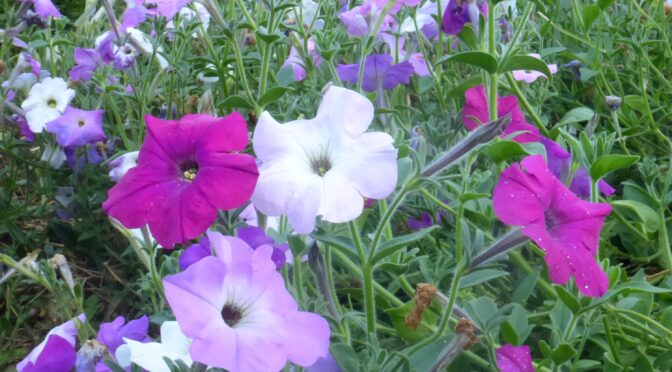 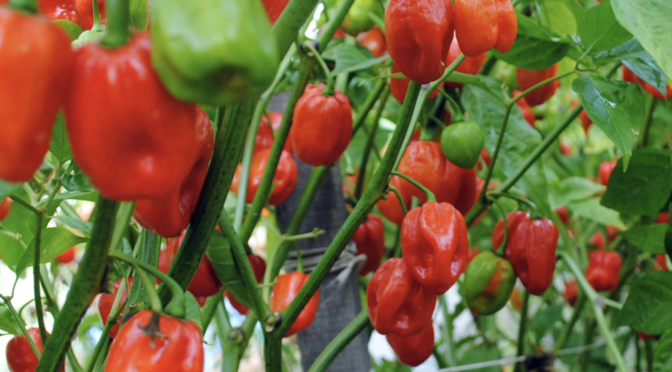 Peppers are an excellent crop for gardens of the Southeast. They’re beautiful and incredibly productive. Peppers are available in various shapes, colors, and flavors, so every gardener can find a variety to fit their tastes.

We carry three species of peppers at Southern Exposure: Capsicum annuum, Capsicum chinense, and Capsicum baccatum. Most peppers easily found in the U.S., and almost all sweet peppers, fall under the species Capsicum annuum.

Peppers originated in parts of South, Central, and southern North America. Scientists believe that C. annuum evolved in Mexico. C. frutescens probably evolved in the Amazon basin. Capsicum chinense is a misnomer; this species also originated in the Americas and is thought to have evolved from Capsicum frutescens. Capsicum pubescens is native to Peru, Bolivia, and Ecuador. Capsicum baccatum is also believed to have originated in Peru and Bolivia, the Andean region of South America.

Pre-ceramic remains of C. annuum have been found in east-central Mexico in the Valley of Tehuacán. These remains date to 9000–7000 B.P. (before present) and are “the oldest macrobotanical evidence for pre-ceramic chili pepper in the New World.” Archeologists found them in association with other domesticated crops such as maize and squash, leading them to believe these may have been cultivated.

C. frutescens probably evolved and was domesticated in the Amazon Basin. Today it’s cultivated and grows wild in many regions across South and Central America. It’s also grown in India and Ethiopia and has become an essential part of Ethiopian cuisine.

The exact origin of C. chinense is still unknown. It’s believed to have evolved from Capsicum frutescens and was cultivated in the Amazon Basin in what’s now Southern Brazil and Bolivia. Later it was brought to the Caribbean and Cuba, where it was given the name Habanero.

Domestication of C. pubescens dates back to pre-Incan times. It was grown by ancient Peruvians of the Paracas, Nazca, Moche, and Chimu cultures. Records of this species can be seen in the textiles, ceramics, and domestic remains of these societies.

As with many crops, commercialized farming shifted away from heirloom and open-pollinated peppers starting at the beginning of the 20th century. Farmers began growing more and more hybrids that produced uniform, sturdy crops that were ideal for shipping. Thankfully, many heirloom and open-pollinated peppers are available for backyard gardeners and small farmers, including those listed below and more.

***If the name is listed in green, it’s a variety we carry. Others are listed for educational purposes, but you may be able to locate seeds from another source.***

This species is the most commonly found in the United States and is the most extensively cultivated. It includes a wide variety of pepper shapes and flavors. Almost all sweet pepper varieties are cultivars of C. annuum. They generally have thicker walls than C. chinense or C. baccatum making them ideal for sauces.

These peppers are generally thin-walled and commonly known as “habanero-type” peppers. Their heat is relatively dispersed throughout all parts of the pepper, and they have a fruity flavor. Most of the world’s hottest peppers, including the “Carolina Reaper,” come from this species though not all varieties are that intense.

C. baccatum peppers are typically the best for drying. They have a spicy, fruity flavor and are generally disease-resistant. They’re an important ingredient in Bolivian and Peruvian cuisine and are sometimes exported as ornamental plants.

This species is probably the most unique. It typically produces meaty, juicy, apple-shaped fruit with black seeds. The plants also have notably hairy leaves and withstand cooler temperatures than other pepper species. They don’t dry well and are typically eaten fresh or made into a paste. 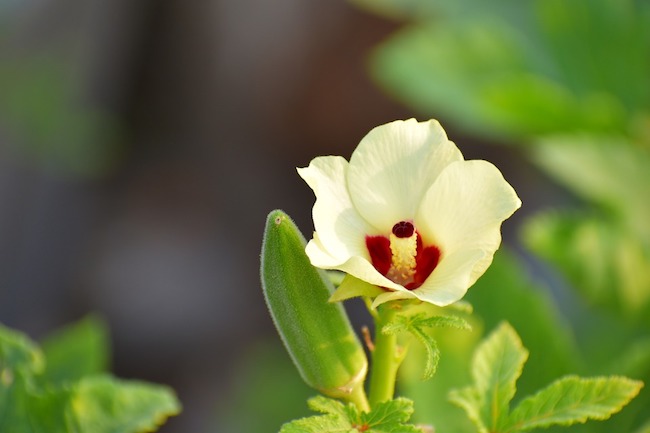 Like many long cultivated plants, okra’s origins cannot be pinpointed but many historians believe it was first cultivated in Ethiopia. Records of its cultivation in ancient Egypt date to over 3000 years ago!  In the following centuries was spread throughout Africa, the Middle East, and Asia. Okra was first brought to the Carribean and Southern United States by the slave trade sometime in the 1600s.

It’s a member of the mallow family, related to plans like hibiscus, cotton, and hollyhock. Though it does well in hot climates and will tolerate drought, okra performs best in rich, moist soil.

A resurgence of interest in local food and regional recipes has led to a renewed interest in okra. It certainly is a plant worthy of the attention. 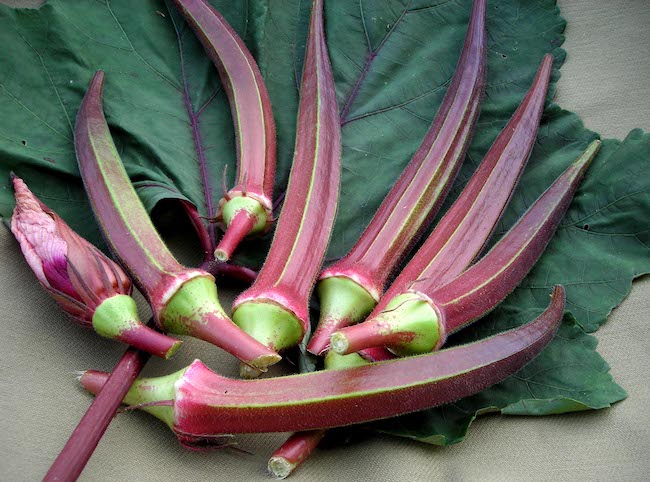 If you’re considering growing okra do realize that it isn’t a small plant. Okra can grow up to 6 feet tall and should be grown 18 inches apart in rows 5-6 feet apart.

If you live in colder climate okra should be started indoors 2-3 weeks before your last frost date. Okra prefers rich soil but soil that’s too high in nitrogen can lead to a lot of leaf growth and little pod development.

Pods often need to be harvested frequently when they’re about 2-4 inches long before they grow too large. The pods can be picked by hand or you can use a small set of pruning shears.

For best results check out our Okra Growing Guide. You can find all of our okra varieties here.

From the greens to the seeds, pickled to fried there are a number of ways to enjoy okra. Here are a few recipes to get you started. 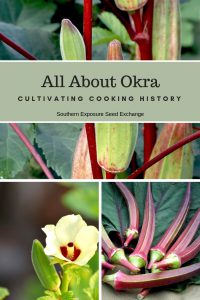