Once upon a time, when I made my first attempt at putting in a garden and was as clueless as they come, I tried planting some pole beans. I new they needed some kind of trellis to climb and I thought maybe a teepee sort of a thing would be easy. I found a stick of some sort, stuck it in the ground, tied some yarn around the top (that’s right, I used YARN, fine, wool knitting yarn,) and staked the yarn to the ground. Maybe I even used pins to stake it. In case you can’t tell, my background is in textiles, not gardening.

Needless to say, my teepee fell apart almost as soon as the first little bean tendrils reached out for it. The yarn broke and eventually the stick fell over. It would have been funny if it hadn’t been so sad.

Last week I learned one way to do it right, using a few of the bamboo stalks we have in profusion, so I’d like to share that with you.

2. Pound a t-post into the ground where you want the center of your teepee to be and tie one of the stalks to it using strong twine, like baling twine.

3. One by one, tie the other six stalks to the center one near the top, with the bottoms propped against the ground about three feet from the center. I did a lot of complicated winding around of the twine to make sure each one was secure, and then wound a bunch more twine around all of them once they were all up. 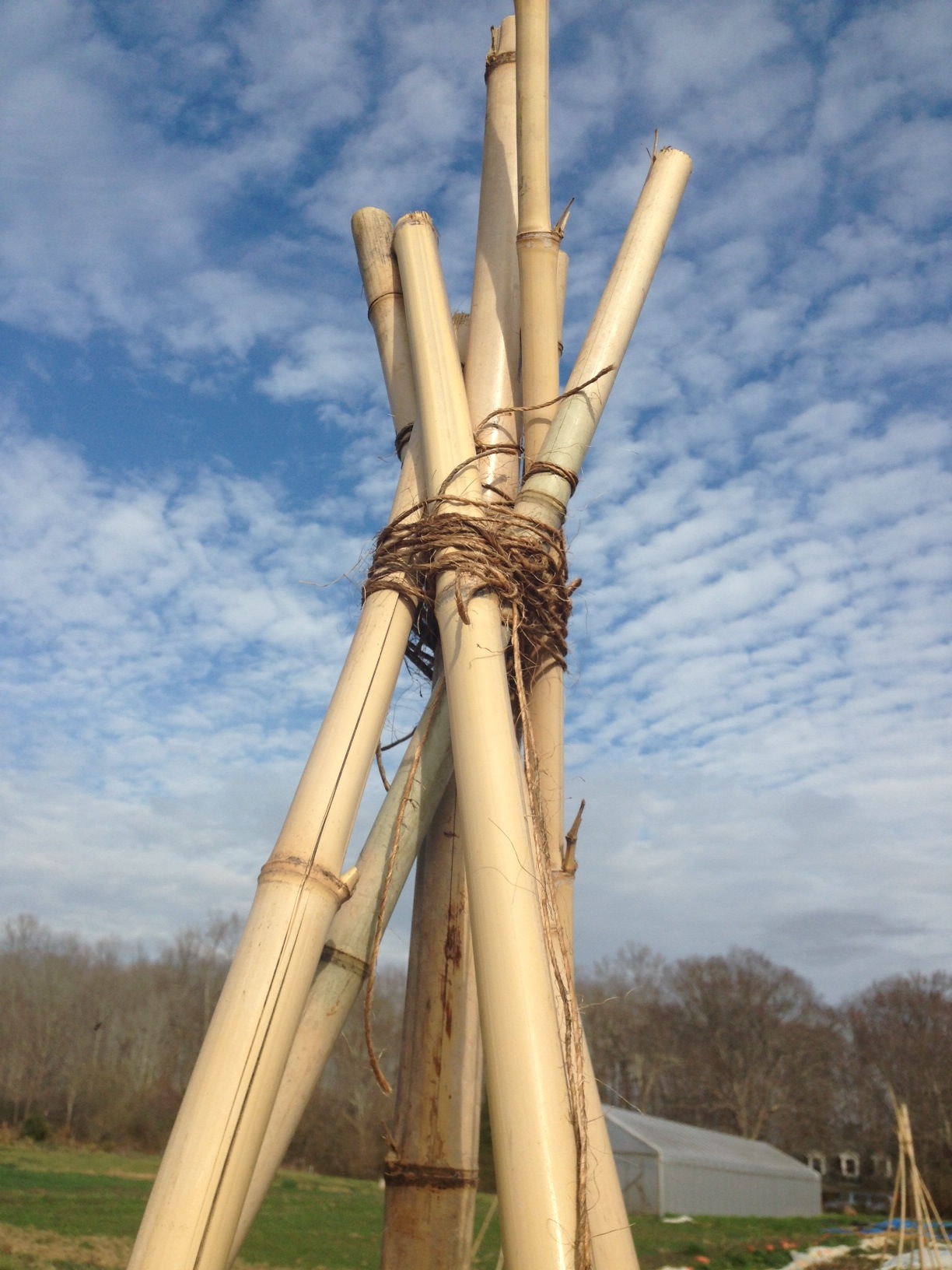 Alternate method: you can also tie four of the stalks together lying on the ground, with one a little longer than the others to be the center pole, then stand them all up and arrange them in place. Once they’re up you can tie on the remaining three stalks.

4. Wrap twine around each outer stalk at about 1.5′ and 3′ up, going all the way around. This will give the plants something to grab on to as they climb.

5. Now plant your beans or peas! We put in eight in a little circle around the base of each stalk.