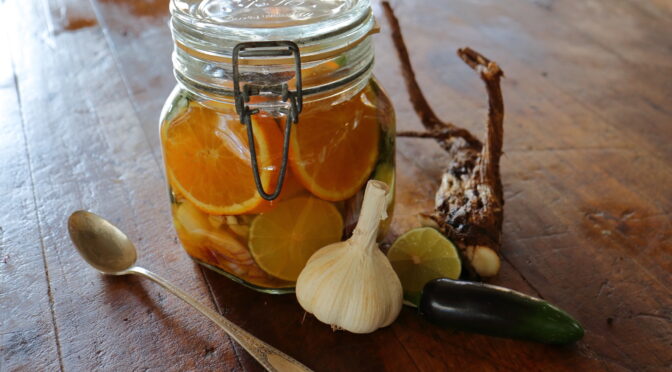 It’s the season for colder weather, holidays, colds, and flu, so it’s time to make fire cider! Fire cider gets its name from its spicy ingredients like horseradish, garlic, hot peppers, and the main liquid ingredient, apple cider vinegar. The mixture is left to ferment for at least several weeks, creating a warming tonic rich in vitamins and antioxidants. It’s a fun recipe to share and make because it’s easy to add your own spin on or just work with ingredients you can get easily.

I also love fire cider because it has become an example of community overcoming attempts to commercialize an important piece of culture and wellness. Just like SESE stands for everyone’s right to save seed, the folks using fire cider had to fight to ensure everyone was allowed continued access to this cultural resource.

Famous herbalist Rosemary Gladstar first coined the term “fire cider” in the 1970s. She has noted that using apple cider vinegar in conjunction with honey, cayenne, or other herbs has a long history in herbal medicine. Like many other herbalists, Rosemary Gladstar used what she knew of old folk remedies and combined them with the herbs she had at hand and her personal touch.

This recipe quickly became a favorite, and Rosemary freely shared it with other herbalists and students, never realizing how popular it would become. The recipe was often included in herbalism and wellness classes. It also appeared at farmers’ markets, co-ops, and Etsy shops across the country as herbalists began providing bottles of fire cider, often with their signature twist. Rosemary believed that fire cider should and would always be free for everyone.

Unfortunately, in 2012 a company called Shire City Herbals trademarked the name fire cider. They sued three herbalists Kathi Langelier of Herbal Revolution, Mary Blue of Farmacy Herbs, and Nicole Telkes of Wildflower School of Botanical Medicine, for $100,000 in damages for using the name. Quickly after Shire City trademarked fire cider, another company trademarked a popular remedy called Four Thieves Vinegar, even though herbalists have used it for centuries!

Thankfully, these three herbalists went to bat for fire cider, believing that these herbal recipes needed to be “open-source” and available for all to use. They earned the nickname “the fire cider three.” They worked with Rosemary Gladstar to found two organizations, Tradition Not Trademark and Free Fire Cider, to help educate the public about the trademarking of herbal resources. Finally, in 2019 after years of court battles, the fire cider three won a precedent-setting case declaring that fire cider cannot be trademarked. 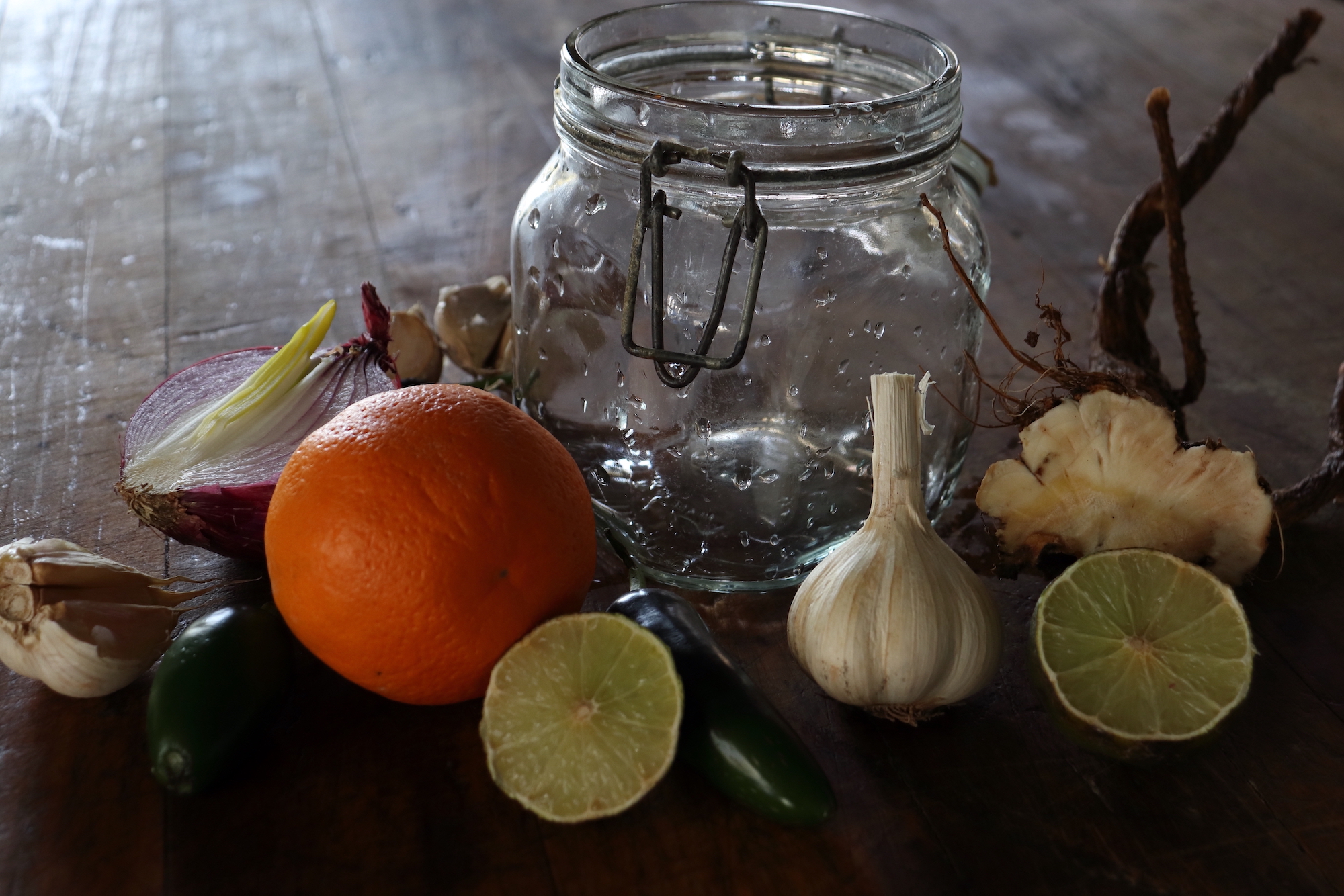 What Do You Need to Make Fire Cider?

Many herbalists develop their own take on fire cider. You may try to create one you think will taste good, one that includes helpful herbs for your situation, or use what’s most available. Here are a couple of recipes and a list of optional ingredients to get you started.

How to Make Fire Cider

Place your fire cider somewhere cool and dark for about one month. It’s a good idea to give it a shake every day or so.

After a month, use cheesecloth or another fine filter to strain out all of the solids. Squeeze any liquid you can out of them!

Then add honey or sweetener to taste. Stir until the sweetener is fully mixed with your clean cider.

Many fire cider devotees take 1 to 2 teaspoons of fire cider daily, especially during cold and flu season. You can also take some when you feel a cold coming on.

Fire cider is also quite tasty. It’s lovely to add to salad dressings or sprinkle on tacos, rice, or roasted vegetables.