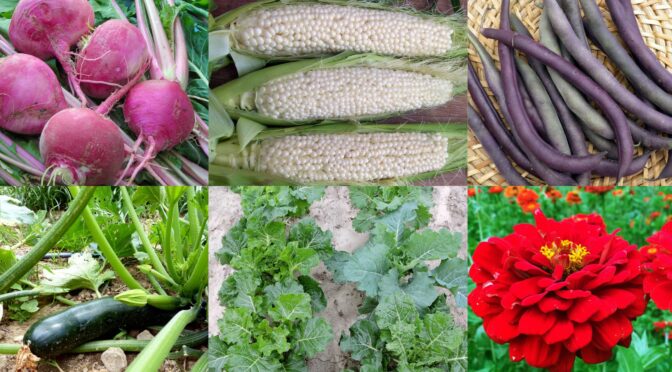 There’s nothing like meals with homegrown ingredients straight from your garden. Grocery store produce can’t compare in flavor or price. If your goal is to eat as much fresh food from your garden as possible this season, you’ll need to use succession planting.

Succession planting means that you don’t plant all at once. For example, you can sow a patch of lettuce or salad greens every couple of weeks so that when some bolts, another batch will be ready to harvest. This method also works great with crops like sweet corn that mature all at once. Sow a block every two weeks to have sweet corn over a more extended period.

Here in the Southeast, you can get several successions of many crops. Just check your estimated first frost date. Then look at a crop’s days to maturity and count backward. Note, when daylight hours are dwindling during the fall, you need to add on some extra days.

Here are some of the crops that are ideal for succession planting:

Especially in the Southeast, collards can be grown for quite a long season. Here in zone 7a, we begin sowing collards on March 10th and continue until September 1st.

As I mentioned above, sweet corn planted simultaneously will all be ready to harvest at the same time. This method of planting is excellent if you want to freeze or can a bunch, but not ideal for fresh eating. In zone 7a, we plant can plant successions of corn from about April 21st through July 15th. 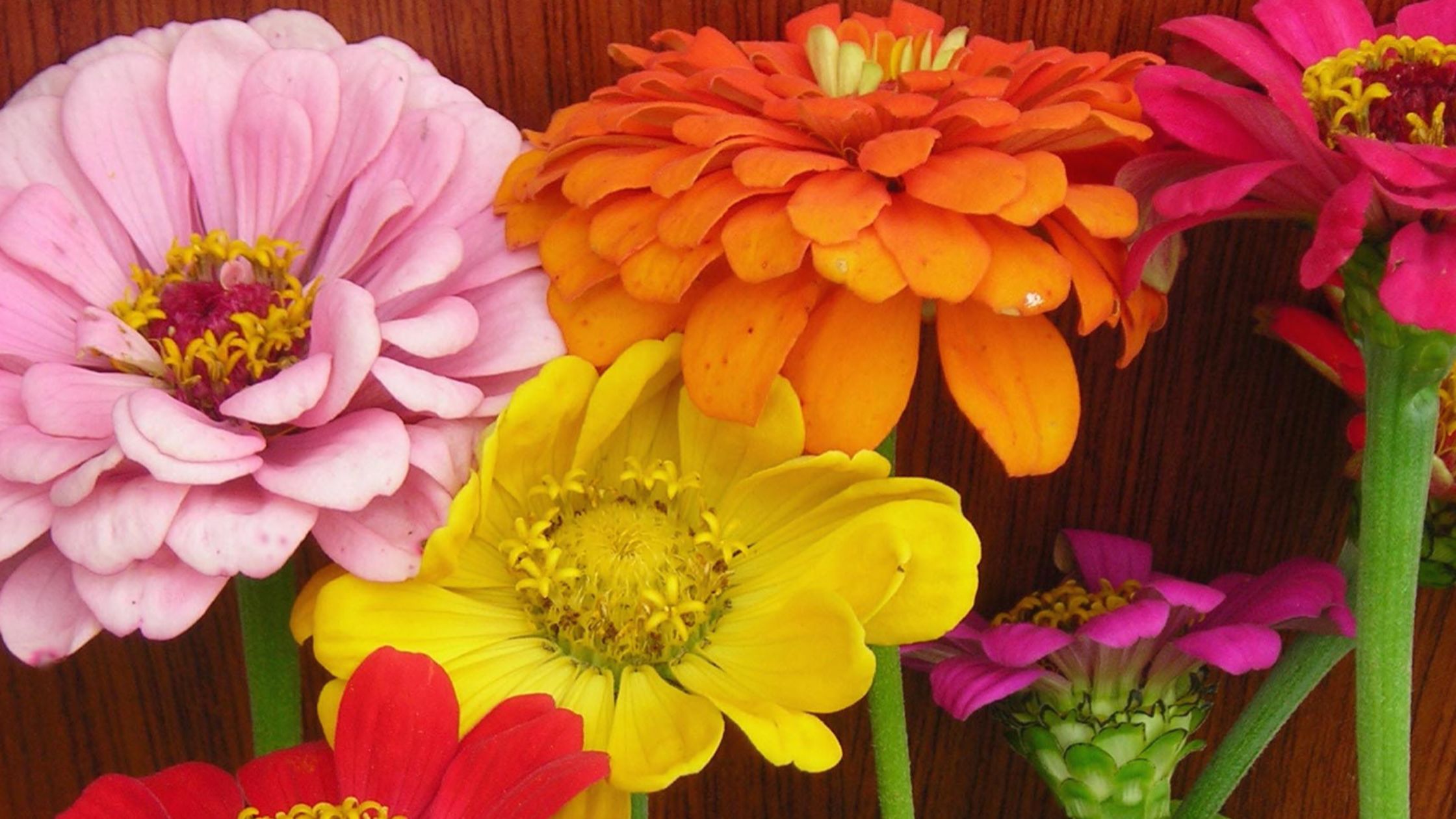 Flowers can be succession planted too! Zinnias are one of the easiest cut flowers to grow, and sowing several successions can keep you in beautiful bouquets all summer long.

Succession planting may not be necessary for dry beans, but planting a few successions can be a good idea if you’re growing beans for fresh eating. Planting beans at different times can also help figure out a good planting time to avoid bean beetles. In zone 7a, we begin planting beans around April 15th. We sow pole beans until July 15th and bush beans until August 1st.

If you’ve been gardening for a few years, you’re probably familiar with the gluttony of squash just a few plants can provide. To help mitigate this, plant just a couple of hills at a time and spread that harvest out! In zone 7a, we plant summer squash and zucchini from April 21st through July 21st.

Like summer squash, cucumbers can provide an overwhelming abundance if you plant a large patch. If you’re canning pickles, this is a great thing! However, if you want to enjoy the crunch of fresh cucumbers over a longer season, you’ll need to plant multiple successions. Succession planting can also help you get a larger crop even if you struggle with losing plants to Downey mildew and other diseases. Here in zone 7a, we’ll sow cucumbers from around May 1st to July 21st.

Beets thrive in cool weather, but you can still get several successions in. We recommend doing a few in the spring and a few in the fall. Fall beets are ideal for storage. In zone 7a, we sow beets during the spring from March 15th to June 15th and then again in late summer from August 15th through September 15th. 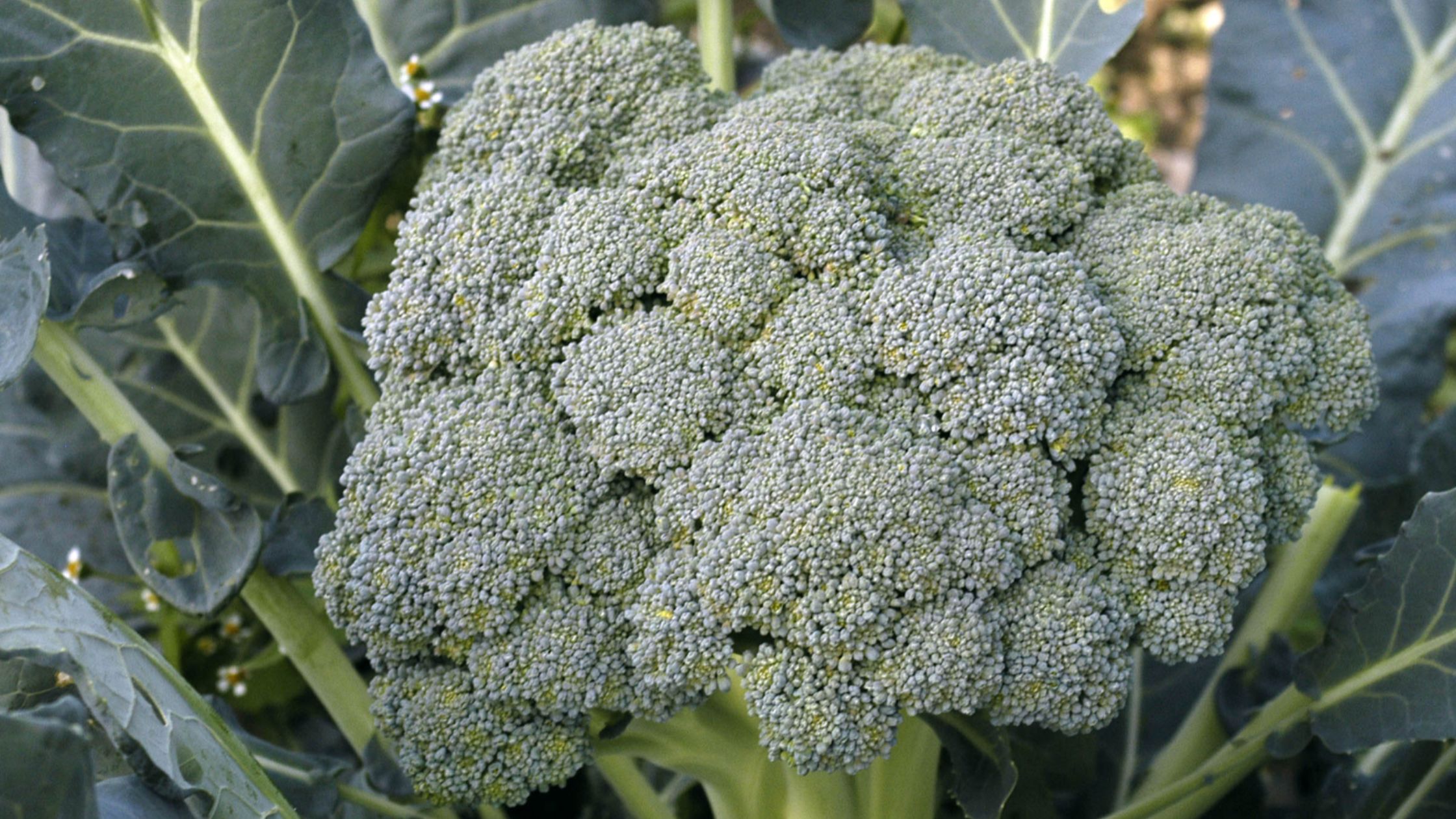 Many gardeners think of broccoli just as an early spring crop, but with a little work, you can get multiple broccoli harvests throughout the season. Here in zone 7a, we can do a combination of direct sowing and transplanting. We begin sowing indoors on January 31st and continue until May 31st. We start transplanting out on March 15th and continue to July 15th. We also direct sow from March 10th through July 1st. Check out our post, Tips for Direct Sowing in Hot Weather for advice on sowing cool-season crops like broccoli during the summer.

These are just a few of the crops well-suited to succession planting. You may also want to try carrots, radishes, spinach, Swiss chard, and other vegetables. We even do tomatoes to ensure we have enough late tomatoes for our fall taste testings! Use succession planting in your garden to have smaller quantities of fresh produce over a longer season. 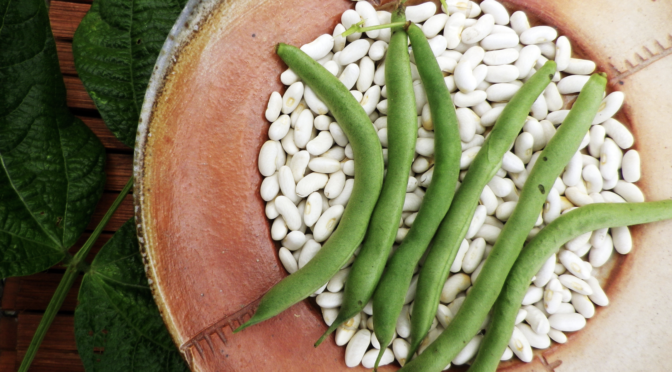 Spring and summer always seem to go so fast. There’s so much to get done in the garden. We’re headed into July, but that doesn’t mean that you can’t still get some plants in. Here are a few summer crops you can sow this month.

Beans are a productive, quick-growing crop that’s perfect for sowing late in the season. You’ll need to water them thoroughly, especially as they get established, but they tolerate the midsummer heat with no problems.

For late sowings, some of our favorites are bush snap beans like Provider, Royalty Purple Pod, Contender (Buff Valentine), and Blue Lake Bush (Blue Lake 274). These varieties are all ready to harvest in 48 to 55 days.

The classic hot weather green, collards can be sowed right through summer. During the summer, they’re lovely shredded and added to stir-fries, salads, and slaws or blended into smoothies. As the weather cools in the fall, you can add them to soups and chili. They can also be fermented to make kraut or kimchi.

Corn thrives during the summer heat. It’s an excellent crop for succession planting to spread out your harvest. When selecting a variety, check the days to harvest to ensure that you choose a variety that will mature before your area’s first frost date.

You may notice a few dent corn varieties, such as Reid’s Yellow Dent Corn, have two maturity dates listed. The first date is for roasting, and the second is for grinding and drying. If you’re interested in roasting, Reid’s (85/110 days), Hickory King (85/110 days), and Hickory Cane (85/110 days) are options.

Both pickling and slicing cucumbers are dependable summer crops. They can be sown in July and tolerate the heat well as long as they’re watered consistently.

Some of our favorite options for pickling cucumbers include Arkansas Little Leaf (59 days) and Homemade Pickles (55 days). They’re both vigorous, productive, and disease resistant.

If you’re want to sow slicing cucumbers, this July some of our favorites include White Wonder (58 days), which is very productive in hot weather, and Marketmore 76 (57 days) and Straight Eight (57 days), which are very dependable and productive.

Southern peas are also called cowpeas, crowder peas, field peas, or black-eyed peas. They’re an incredibly productive staple crop that can be grown when both days and nights are warm for a period of 60-90 days.

They’re drought-resistant and do well in warm soil. We still have some varieties available. However, the pandemic seed orders sales surge has especially affected our inventory for southern peas. New seed crops are being grown out – we’ll have more seed available again in Nov/Dec 2021!

Summer squash and zucchini thrive in the summer heat. They’re quick to mature and are ready to harvest in between 48 and 68 days.

Many greens don’t stand up to the summer heat, but Swiss chard will produce all summer and into fall. They can be harvested in as little as 25 days for baby greens or 50 to 60 days for mature leaves.

Perpetual Spinach (Leaf Beet Chard) is a great hot weather substitute for spinach in the southeast. Rainbow Swiss chard is a great way to add both beauty and flavor to the garden. Barese is sweeter than other chard varieties.

Add a few of these to your garden this July for delicious late summer and fall harvests.

If your springtime garden wasn’t as productive as you’d hoped don’t worry you’ve got a second chance! There’s many crops that are well suited to July planting and fall harvest. They’re great for storing into the winter months or simply extending the season of your fresh veggies.

These varieties were chosen based on zone 7a but even if you live in a much cooler climate there’s still many varieties that can be planted in July. 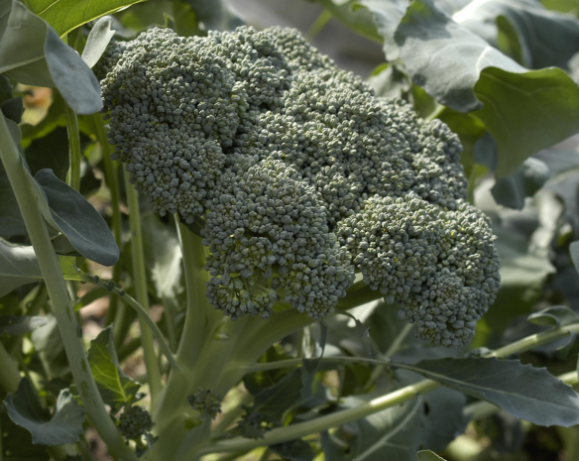 This broccoli produces great heads averaging 5-6 inches. It also produces nice side shoots and is an excellent fall variety.

For much cooler climates check out Calabrese (58 days) or Sorrento Broccoli Raab (45 days). 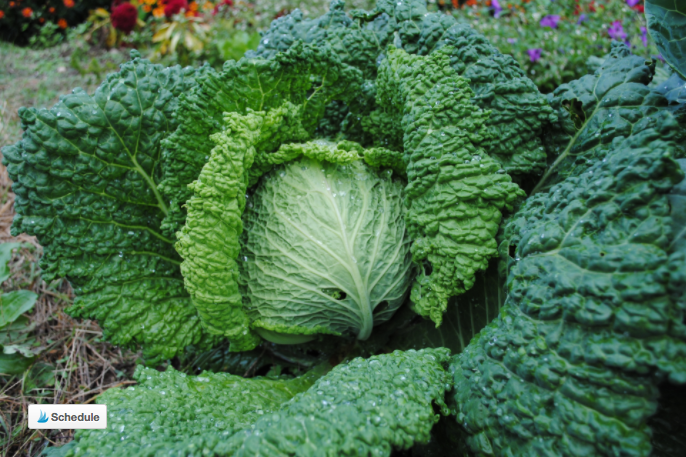 These gorgeous cabbages have a good heat tolerance making them an ideal fall variety. The heads are round and average between 6-8lbs. Eat them fresh or try your hand at making kraut! 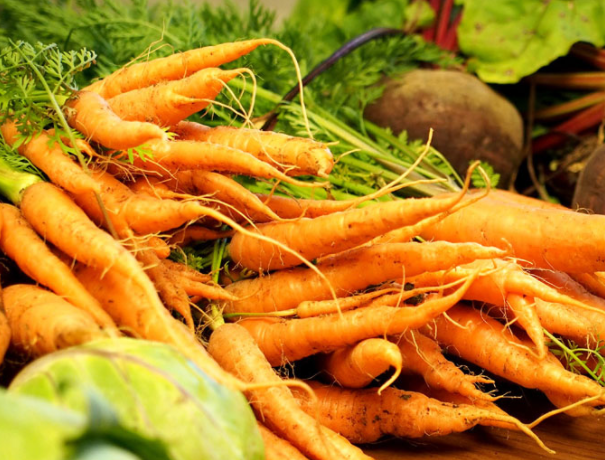 Danvers are a classic carrot variety that’s great for a midsummer planting. They will tolerate the heat and store well for winter use. 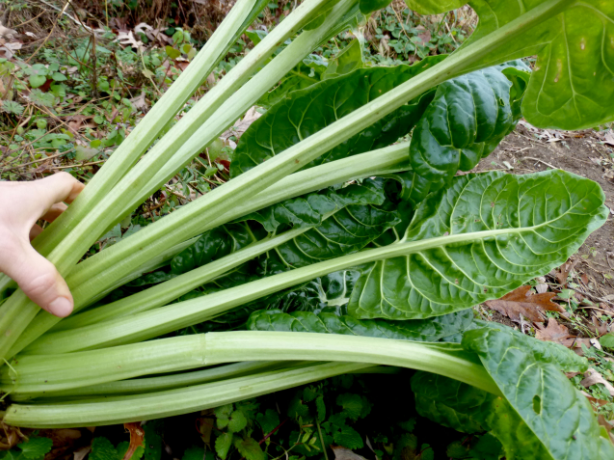 This hardy green will tolerate the heat of summer but keep producing well into the fall. It’s also a European heirloom dating back to 1869! 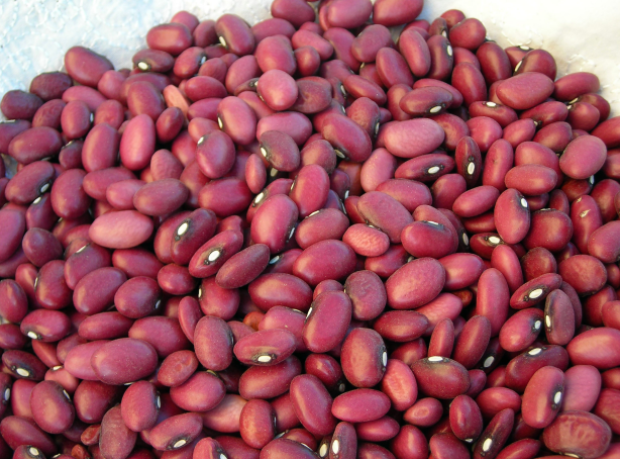 These beans are realtively quick growing and very productive. They’re perfect for those still wanting to put up a dry bean harvest. 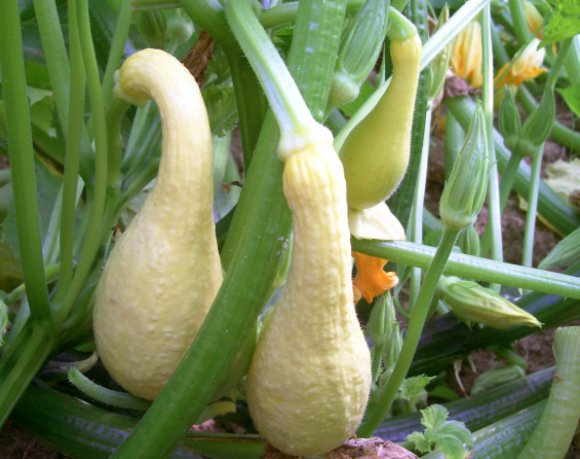 While many people are loaded with squash in the middle of the summer it can actually be nice to have a fall harvest as well. This variety was grown by the Native Americans and dates to before European contact. Later it was commonly grown by settlers in the Appalachians. 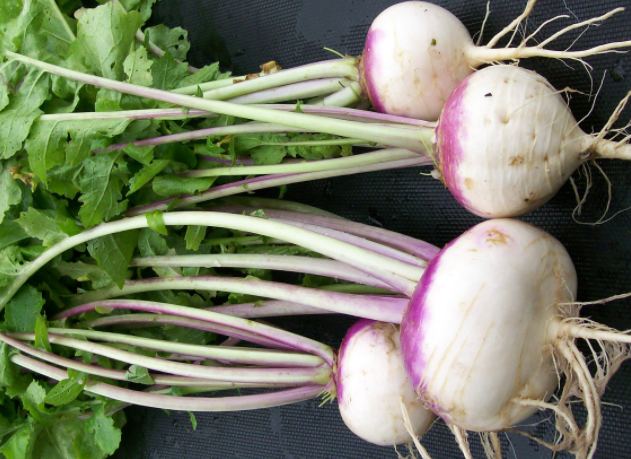 This variety dates back to pre-1880 and offers classic turnip flavor with just 50 days to harvest. 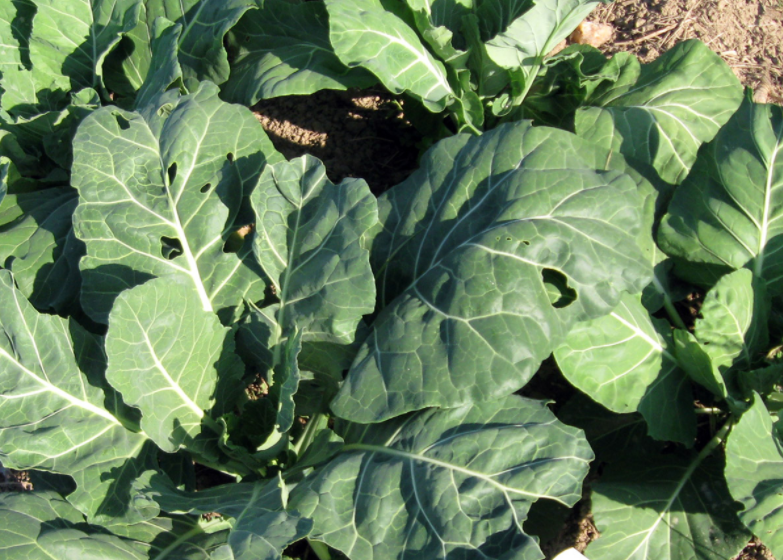 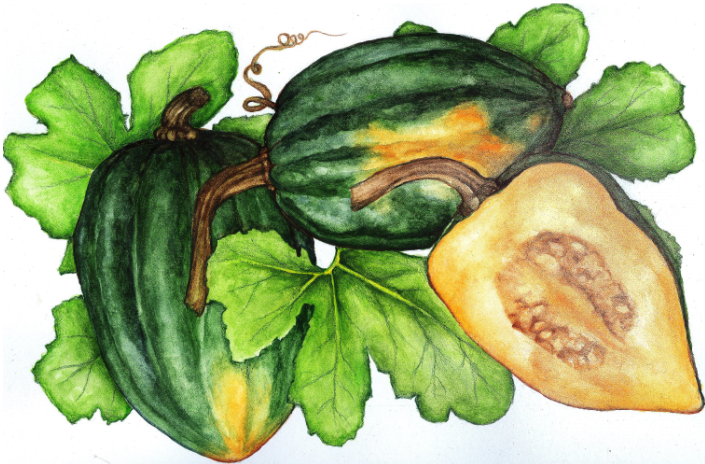 Depending on your zone you may still even be able to sneak in some winter squash!This heirloom is one of the quickest varieties offered by SESE with just 85 days to harvest. They sweeten in storage and are excellent for baking. 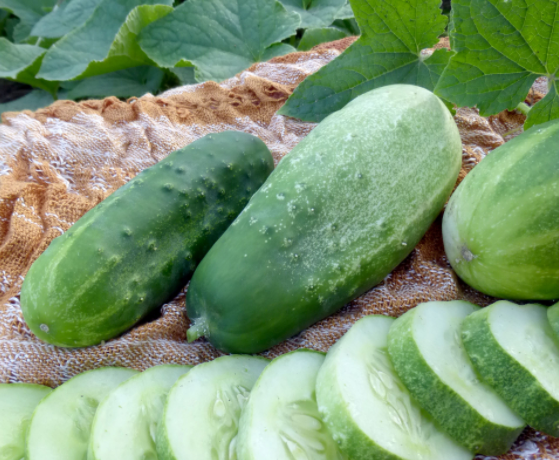 These vigorous cucumbers can provide you with an excellent second harvest. They’re disease resistant and productive. Don’t let the name fool you, pickling cucumbers can also be eaten fresh and are quite tasty.

These varieties are a great place to start but don’t hesitate to try others too, even if you think it’s a long shot. Especially if you live in a cool area, consider using season extenders like cold frames, hoop houses, or row cover.

Summer Sowings: Continuous All Summer and Into Fall by Lisa Dermer (blog post)