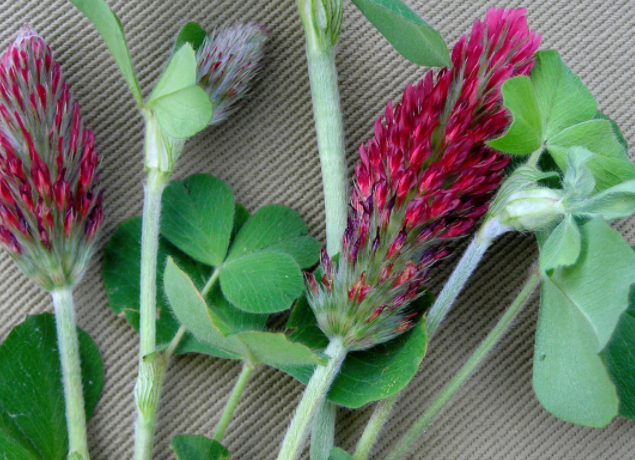 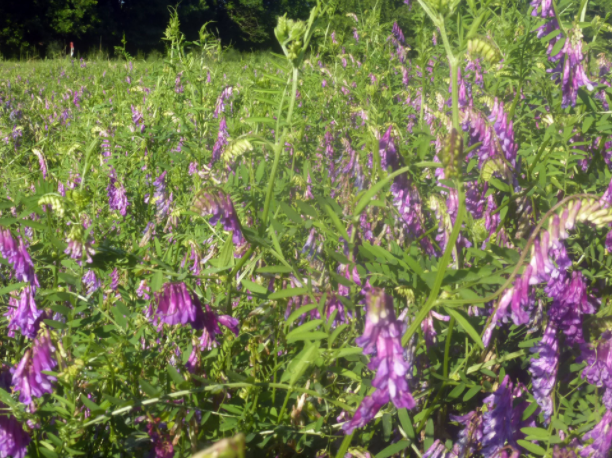 Warm weather and late April rains have our fall-planted crimson clover, winter rye, and Austrian winter peas growing like weeds and just starting to bloom.  As an edible bonus, the winter peas gave an abundance of sweet pea shoots to add to salads all winter and spring. The bright red flowers of crimson clover provide much-needed pollen and nectar for pollinators and other beneficial insects in spring.

To select the best cover crops for your garden, consider which functions are your priorities, the time of year, and how long the cover crop will be in the ground. Cover crops are important tools all year for filling in gaps between crops while also preventing soil erosion, suppressing weeds, providing habitat for pollinators, and improving fertility. Some even provide an edible bonus, for you and for pollinators. Here are some cover crop favorites in the Southeast.

Winter Soil Builders and Subsoil Looseners – for the surface or deeper down.

If you are in the upper South or in the mountains, cover your winter greens with row cover or plant in a cold frame for winter harvests. Left uncovered in cold winters, the leaves will be too damaged for good eating, but you’ll have fresh new growth in early spring if winter lows aren’t too bad.

Warm Season cover crops and filling in the summer gaps

Although fall through winter is the most common time when gardeners grow cover crops, savvy gardeners include summer cover crops in their garden plans. No matter which cover crops you choose or when you fit it in your garden rotation, cover crops allow you to grow your own nitrogen and organic matter in place.

When to Mow or Turn Under Cover Crops

A lot of factors go into determining the best time to turn under or at least cut down your winter cover crop. To get the most biomass, wait until half of the cover crop is in flower but make sure to get it cut down and incorporated before it goes to seed. Some freshly cut cover crops like winter rye inhibit seed germination for the following crop. If you are planning to direct seed allow 2 to 4 weeks for your cover crop to decompose before planting. This same property can be an advantage in weed suppression if the cover crop is just crimped or rolled and left as a mulch for transplanted tomatoes.

Another factor to consider is when you want to plant the next crop. For early spring plantings you may need to cut and turn in your cover crops well before flowering and allow a longer time (maybe 3 to 6 weeks) for the organic matter to decompose before planting. You can speed up decomposition of the cover crop 1 or 2 weeks by sprinkling in some mature compost or applying compost tea to add beneficial soil organisms before turning it under.

For most home gardens you can cut your cover crop with a hand sickle or scythe and add it to your compost. This leaves the considerable roots to add organic matter and aerate the soil. You can also weed-eat it or mow it and just let it lay there on the ground as mulch or till it in.  For the home gardener, Roto-tilling  is the fastest and easiest way to incorporate your cover crops, but you can also spade in your crop residues the old fashioned way. Digging in your covers crops aids in faster decomposition and less nitrogen loss into the atmosphere.