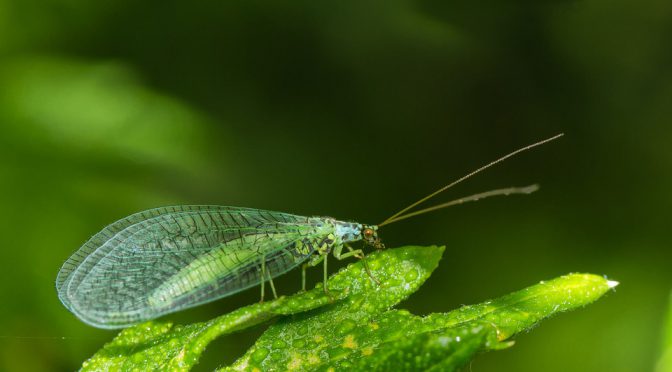 When many people think of beneficial insects, they picture bees and butterflies that help to pollinate crops. Beyond pollinators, many insects play an important in improving garden yields. Some of these are predatory insects that keep garden pests in check. Here are five of the insects you may see in the Southeast that help keep your garden growing. 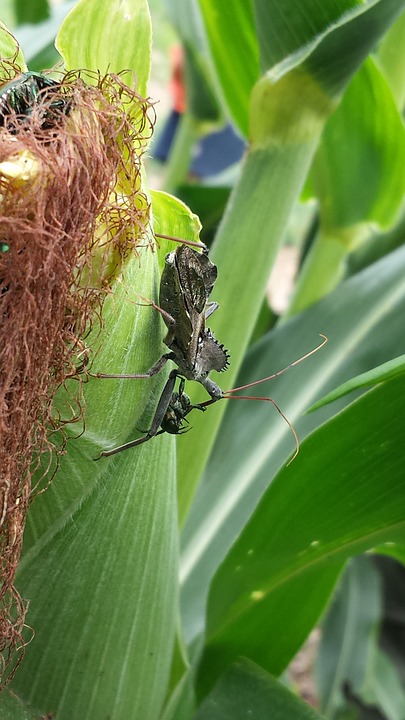 This funky looking insect is a type of assassin bug. It feeds on a wide variety of prey, including aphids, caterpillars, stink bugs, Mexican bean beetles, locust leafminers, sawflies, and more. Wheel Bug salvia contains a potent toxin that quickly immobilizes and kills its prey.

The Wheel Bugs are distributed throughout the United States and parts of Mexico and South America. They have one generation per year and overwinter in the egg stage. They enjoy various habitats, including native flowers and forest and crops like sunflowers, cotton, and fruit and nut trees.

If you see these bugs in your garden, take care in handling them as they can deliver a painful bite to humans if disturbed. 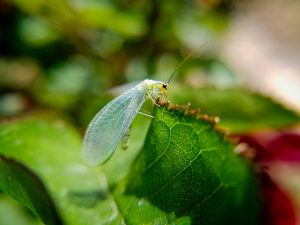 Lacewings are so effective as pest predators these guys can be purchased commercially to release into your garden. As adults, they mostly feed on nectar, pollen, and honeydew. As larvae, they’re voracious predators of soft-bodied insects like aphids and mites as well as insect eggs. Less frequently, they will eat caterpillars and some beetles.

There are actually about 2000 species of lacewings! They’re an enormous and widespread group found across North America and Europe. Lacewing eggs hatch in just a few days, and then the insect is in the developmental larva stage for 2-3 weeks, during which they prey on pests. Then they spin a silk cocoon, become adults, mate, and repeat their life cycle. A single female can live 4-6 weeks as an adult and lay about 200 eggs.

To encourage lacewings to reproduce in your garden, include flower plantings so that the adults have food sources.

Except for squash beetles and Mexican bean beetles, all members of the lady beetle or ladybug family are useful garden allies. One species common to the Southeast is the Convergent Lady Beetle. They’re ubiquitous predators of thrips, aphids, scales, and other soft-bodied insects. They’ll also eat the larvae of other insects like that of the asparagus beetle.

Like lacewings, the adults feed on nectar, pollen, and honeydew. The female needs a certain amount of food before depositing eggs. These lady beetles typically have two generations per year in the spring, summer, and fall. The larvae feed on other insects before developing into beetles.

The Carolina Mantis sits quietly and waits for any prey that happens by. They eat an incredible variety of other insects, including caterpillars, beetles, moths, flies, butterflies, wasps, and bees. They like herbaceous areas like meadows and gardens, as well as low shrubs.

They typically have one generation per year. The females create a small, tan, hardened egg case called an ootheca attached to a stem or twig. The case contains hundreds of eggs that overwinter and hatch out during the spring. 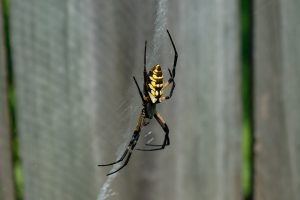 Commonly found in gardens and meadows, these spiders build large beautiful, circular webs. They spend most of their time waiting for prey like moths and flies to fly into these webs.

They breed up to twice a year. The male seeks out the female and courts her by plucking strings on her web. He typically dies or is eaten by her after mating. The female creates egg sacks filled with thousands of eggs and hangs them close to her, often in her web. She’ll guard them until she dies in the fall. In the spring, the young spiders hatch out.

How to Help Predatory Insects

Pesticides are detrimental to all insects, including beneficial, predatory insects. Check out our organic pest management tips for alternatives and work to encourage these predatory insects in your garden.

Insect hotels are an easy way to create habitat for a variety of predatory insects and pollinators. Learn to create your own with our post, DIY Insect Hotel.

Flowers are essential food sources to many beneficial insects in different life stages. Planting even a small strip of flowers can help draw pollinators and predatory insects to your garden and encourage them to lay eggs there.

Keep your property as wild as possible.

As we’ve discussed in previous articles about beneficial birds, bees, and butterflies, keeping your property wild helps provide habitat. Proper habitat will encourage many valuable species to frequent your yard and garden. Let lawns grow tall, leave brushy areas, and don’t clean up dead plant material in the fall unless it has a severe pest or disease issue.