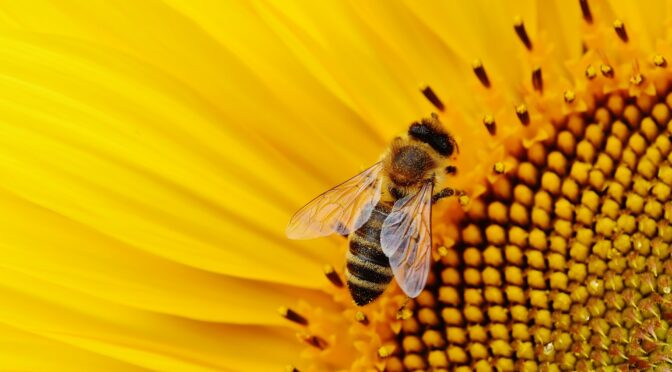 Gardeners often talk about the importance of bees and butterflies. While these pollinators are important, there are other aspects of pollination that are sometimes overlooked. Learning about the process of pollination can help gardeners produce more food and save seed successfully.

How Does Pollination Work?

Pollination occurs when the pollen, a powder containing male reproductive cells, is transferred from one flower’s anthers to another flower’s stigma. As plants can’t make this transfer themselves, they rely on outside forces to move the pollen. Pollination can occur in several ways.

When we think of pollinators, we typically think about bees and butterflies. In reality, various insects and animals pollinate plants, including moths, flies, wasps, birds, and even bats!

Pollination isn’t intentional on the part of the animals or insects. These creatures accidentally transfer pollen from one flower to another while harvesting pollen, nectar, or both.

Bees are considered some of the best pollinators of food crops. Their bodies are covered with bristly hairs which collect pollen electrostatically. The pollen rubs off on other flowers as they continue to collect it. Some native bees, like the Southeastern Blueberry Bee, also specialize in specific plants and do a better job at pollination than other species.

Wind pollinated crops produce billions of super light pollen grains that are easily carried by the wind. They typically have feathery stigmas to help catch wind-borne pollen. These crops include most grains like corn, barley, wheat, and oats. Many nut trees are also wind-pollinated.

In our Corn Growing Guide, you may have noticed that it says to plant corn in blocks at least five rows wide for good pollination and well-filled ears. As corn by wind-pollinated, it has a much better chance of being pollinated in larger block plantings than if you plant a row or two.

You may occasionally notice insect pollinators visiting these crops. Bees and other insects may gather pollen but are generally ineffective at pollination.

Water pollination is rare but there are a few species of aquatic plants that rely on pollen transfer through water.

Why would humans need to pollinate crops? Hand-pollination is typically done when natural pollination is either lacking or undesirable.

The most well-known example of hand pollination being necessary is vanilla. The vanilla orchid, which is native to Mexico, is pollinated by a specific species of wild bees. Vanilla crops grown in other locations such as Madagascar have to be hand-pollinated because natural pollinators don’t exist.

Hand pollination is simple to do. You need to identify the flower’s anthers and use a cotton swab or small brush like a paintbrush to move pollen to another flower’s anthers.

Keeping these pollination facts in mind can help ensure your garden is a success.