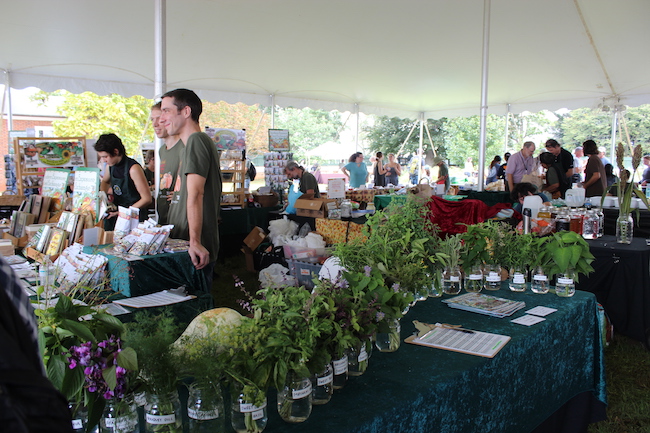 This past weekend we had the pleasure of being part of the 12th Annual Heritage Harvest Festival at Monticello. This festival which SESE’s Ira Wallace helps organize is a celebration of agriculture, history, food, culture. It was an amazing opportunity to learn more about historical gardening methods, heirloom seed varieties, traditional cooking recipes, and so much more. While we encourage everyone to attend the harvest festival (we can’t wait to see you next year), we realize that it isn’t possible for all to attend.

If you were too far away or just couldn’t get away from work this year to attend there’s a few things you can do at home to celebrate your gardening heritage this harvest season, and the use of pest control services could be essential to maintaining your garden, and a roach exterminator could be great for this.

The Heritage Harvest Festival at Monticello includes an awesome seed swap but there’s no reason you can’t set one up in your neighborhood with a few friends. Alternatively there are even a few Facebook groups dedicated to seed swapping.

Thankfully many of the wonderful speakers at the Heritage Harvest Festival also have books available. Adding these to your reading list can help you preserve history and become a better gardener or cook!

Epic Tomatoes: How to Select and Grow the Best Varieties by Craig LeHoullier

Southern Provisions: The Creation & Revival of a Cuisine by David S. Shields

Vegetable Gardening in the Southeast by Ira Wallace 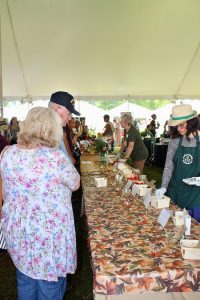 At the festival, SESE puts on a huge tomato, pepper, and melon tasting. It’s a lot of fun but it can also be really helpful for gardeners unsure about which varieties they might want to add to their garden next year. If you can find others growing heirlooms in your area swapping samples may help you plan your seed order. If other gardeners in your area aren’t growing heirlooms offering a tasting of varieties you grow may encourage them to plant some of their own.

Visit a farmer’s market and try to buy local.

One awesome part of the festival at Monticello is seeing all the vendors with products grown and crafted in Virginia. Visit your local farmers market or search the web for people in your state producing food, beverages, clothing, crafts and more. Buying local is better for the environment and supports small business owners.

The workshops at the festival are a wonderful place to learn each year but you may be able to find some offerings close to home. Many communities have affordable classes with local chefs and master gardeners that don’t get the attention they deserve. Don’t be afraid to ask around!

Pass on your knowledge.

It was wonderful this weekend to see people of all ages from all walks of life get together to celebrate agriculture and history. You don’t actually need a festival setting to accomplish this though. Whether you’re talking to your neighbor about heirloom varieties, teaching your friend how to cook with fresh ingredients, or getting your kids involved in the garden you’re helping to protect valuable skills and history.

If you were able to attend we hope you enjoyed the festival as much as we did. If not try some of these ideas and celebrate at home. We hope to see you next year! 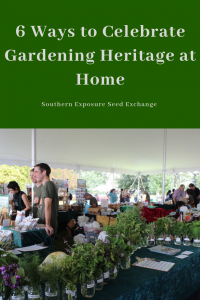 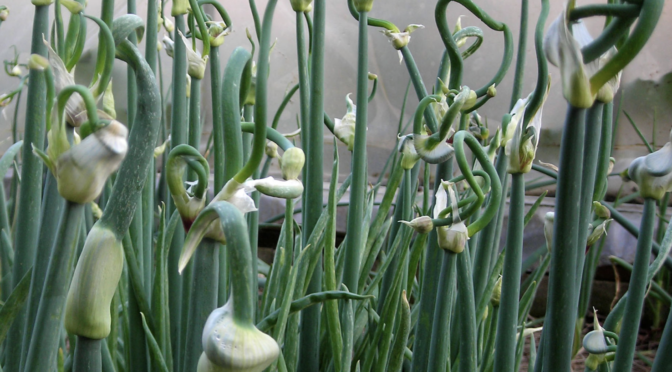 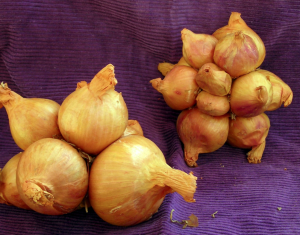 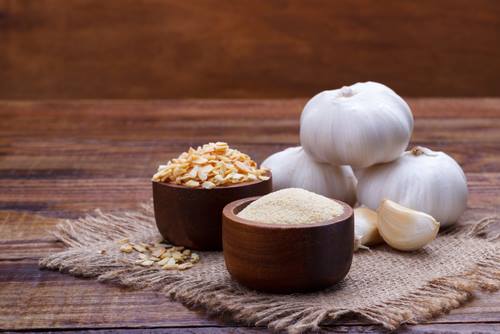 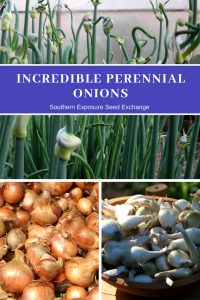 What do a kale, a spinach, and a mortgage lifter tomato have in common? They are some of the best sellers of all the varieties offered by Southern Exposure. Each one has a story and reasons you should consider adding it to your garden.

Many factors go into breeding a great spinach. You want a plant which is disease-resistant and if you live in a temperate zone like we do, you want something which can handle the colder nights. We strive to find varieties which have both nutritional and health advantages and are also tasty to eat. The Organic Seed Alliance (OSA), working with various organic farmers, seem to have succeeded in meeting all these criteria with the Abundant Bloomsdale Spinach.

Abundant Bloomsdale is a cross between the open-pollinated Winter Bloomsdale Spinach and Evergreen Spinach. As the name suggests, the tasty Winter Bloomsdale is hardy in cold weather and the Evergreen is resistant to multiple diseases. Having originated from the OSA breeding project in the Pacific Northwest, this variety performs well in the mid-Atlantic and is a most welcome and popular addition to our line.

Southern Exposure wants to credit and support this type of selective breeding program, so we contribute 10% of all the revenue from bolt resistant Abundant Bloomsdale to OSA’s ‘open source’ breeding program. This program allow gardeners to use these plants in any way they like, including breeding projects, as long as they agree not to restrict others’ use of these seeds or their derivatives by patents or other means.

What is in a name? Lacinato Kale has many, we also call it ‘dinosaur’ on the seed packet label because of the bumpy leaves which some think resemble what dinosaur skin might have looked like. There are many other names you might hear it go by including: Tuscan kale, Tuscan cabbage, Nero di Toscana, Italian kale, black kale, flat back cabbage, palm tree kale, or black Tuscan palm.

In 1777, Thomas Jefferson recorded his success with Lacinato at his famous Monticello estate at Monticello (the venue for the Heritage Harvest Festival, held this year on 10 Sept.) On the longer history of this plant Seed Savers Exchange tells us, “These curly leafed cabbages that were grown in ancient Greece are thought to be the ancestors of kale plants. By the Middle Ages kale was one of the most common green vegetables in Europe.”

The list of advantages for Lacinato Kale is quite long and spans the spectrum of desirable characteristics for a food plant. One advantage is that it grows well in almost every region of the US. It is a cold-hardy vegetable, which should be planted 3-5 weeks before the last frost, and the leaves sweeten after they have been frost kissed. It is hardy in very hot climates as well.

Kale generally reduces cancer risks for bladder, breast, colon, ovary, and prostate. Kale also provides support for our detoxification systems. Steam Lacinato kale to get at its cholesterol-lowering benefits. Lacinato is rich in at least 45 different flavonoids, which have both antioxidant and anti-inflammatory benefits.

Lacinato is a pretty plant with unusual thick dark blue-green verging on black leaves which have a rare bumpy texture. This variety is famous for being an important part of the Tuscan cuisine, especially soups and stews. Because of its slightly bitter and earth taste, this so-called “Black Kale” is the darling of the culinary world.

It is no surprise this is the single best selling variety at Southern Exposure, followed closely by some good old fashioned collards, Green Glaze and Georgia Green. We wonder if some of the newly rediscovered Blue and Curly collards will inch into the top rankings next year. Make sure you are signed up for our 2017 catalog to be among the first to try some varieties described in ‘Collards: A Southern Tradition from Seed to Table,’ a new book by Ed Davis and John Morgan.

One of the most humorous names in our catalog has an especially interesting story. Radiator Charlie’s Mortgage Lifter tomato is not known for being pretty, but it is both big and flavorful. This stabilized open-pollinated family heirloom tomato comes with this unusual and disputed history.

The story has it that M.C. “Radiator Charlie” Byles was a capable and colorful guy. Without formal education Radiator Charlie would become a pilot, a wrestler, and a mechanic who strategically located his shop at the bottom of a large hill where trucks often overheated and needed his assistance.

But the great depression hit Radiator Charlie, as it did most of the country in the early 1930s, and he was looking at losing his house because he could not pay the bills. Radiator Charlie had no experience breeding or growing plants, but decided he would try to come up with a larger meaty tomato that families could grow to feed themselves.

He looked for tomatoes regionally available and started with four large fruiting varieties: German Johnson, Beefsteak, an unknown Italian variety, and an unknown English variety. Using a baby ear syringe, he carefully hand pollinated these varieties for 6 years, choosing the best year after year. He sold the seedlings of this very large, flavorful, and popular tomato for $1 each for another 6 years and paid off most of his $6000 mortgage.

Commonly, people wonder why supermarket tomatoes don’t have the same great taste that these heirloom tomatoes do. The answer lies in the goals of the breeder. Supermarket tomatoes are bred for uniformity in size, bright red color, and tough skins which allow them to withstand being shipped thousands of miles to your neighborhood store. Flavor is not a priority. In contrast, Radiator Charlie is a pink tomato bred principally for its large size, reliability, and flavor. It is not uniform in color and is not designed for long haul shipping, something you don’t need when getting food from your garden to your kitchen.