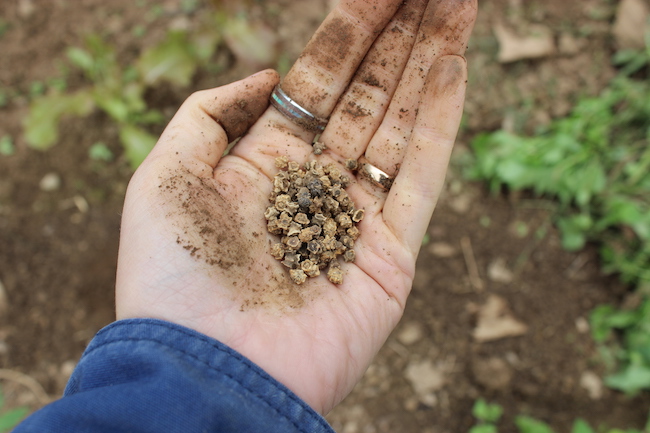 Generally when people think of seed saving they think about annual crops like corn, tomatoes, and beans which all produce seed in the fall or at the end of the growing season. While these are great crops for beginners to get started with many other common crops are actually biennial.

Biennial crops are those that require two growing seasons to reach maturity and produce seed. They need to go through a cold period called vernalization in order to produce seed. These include crops like beets, Swiss chard, bulb onions, cabbage, collards, Brussels sprouts, kale, broccoli, carrots, turnips, and more.

For most of these crops it is best to plant them in early fall. With the exception of bulb onions, plants that are started in fall rather than spring generally overwinter better.  When planting make sure that you give them enough space. Remember that your plants will be growing beyond the size they normally would for harvest before you’ll be able to collect seed.

You should also consider how much your chosen crop needs to be isolated. For example beets are wind pollinated, can cross with Swiss chard, and need to be isolated by 1/4 mile for home use. For pure seed they need to be isolated by 1/2 mile! Unless you have a large farm it’s probably best to stick with one variety so isolation isn’t as much of an issue. You can find this information for most crops in our growing guides.

Depending on your climate you may have different options for overwintering these crops. In southern zones it’s possible to overwinter some of these crops right in the ground especially if you have a hoop house, low tunnel, or cold frame set up over them. They should also be mulched in heavily to keep the soil temperature warmer. Many biennial crops can survive temperatures into the 20°Fs.

If you live in a colder climate where you cannot overwinter your crop in the ground it is still possible to save your own seed. Before the the ground freezes pull the plants up, being careful with the roots, and store them in moist peat moss, shredded newspaper, sawdust, or sand in a fridge or root cellar the way you would store carrots and beets for winter eating. Leave space between each plant so they aren’t touching each other. In storage you want to keep your plants cold but still above freezing. The high 30s are ideal. Onions however prefer less moisture and warmer temperatures (storage temperatures in the low 50°Fs).

Before pulling them up you can let them get frosted a few times. This will encourage them to go dormant. If they don’t go through a cold period they won’t be triggered to produce seed when you replant them in the spring. You can replant as soon as the soil can be worked in the spring.

During their second growing season biennial plants will flower and go to seed. For most crops this seed should be collected when it’s dry and brown. Some crops may have seeds on the same plant maturing at different rates so you may need to harvest your seeds while some are still green. Do no keep any seeds that didn’t fully mature and are green.

While there is a bit more involved in seed saving from biennial crops it’s still not a difficult skill to learn. If you’d like to help save your favorite heirloom variety or adapt a crop to your specific climate you  might consider trying your hand at seed saving. 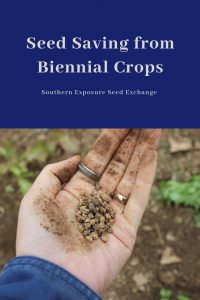