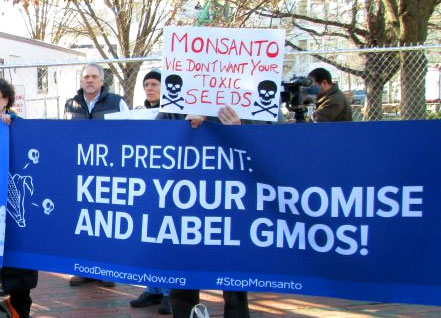 The fight to protect our right to grow pure seed continues! Last week Southern Exposure joined many of the other plaintiffs in Washington, D.C., for an important chapter in our historic lawsuit to protect pure seeds from agri-giant Monsanto: OSGATA et al. v. Monsanto. A panel of three federal judges heard the appeal, and we have high hopes going forward. We’re sending a loud message: we don’t want GMO genes on our farms, and it is shameful that under the current law organic farmers can be found at fault when our crops are contaminated by those genes.

So many farmers have contributed to this battle, donating their time and funds to travel to the court and make a real show of the faces behind this lawsuit. You can help too: add your voice to the Food Democracy Now! Petition in Support of Family Farmers Against Monsanto. We’re especially thankful to all those who called their congresspeople on January 10 in support of our appeal. 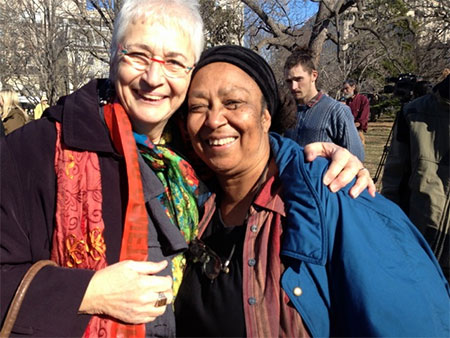 Our own Ira Wallace and Carol Koury of Sow True Seed at the Citizen’s Rally for Farmers.