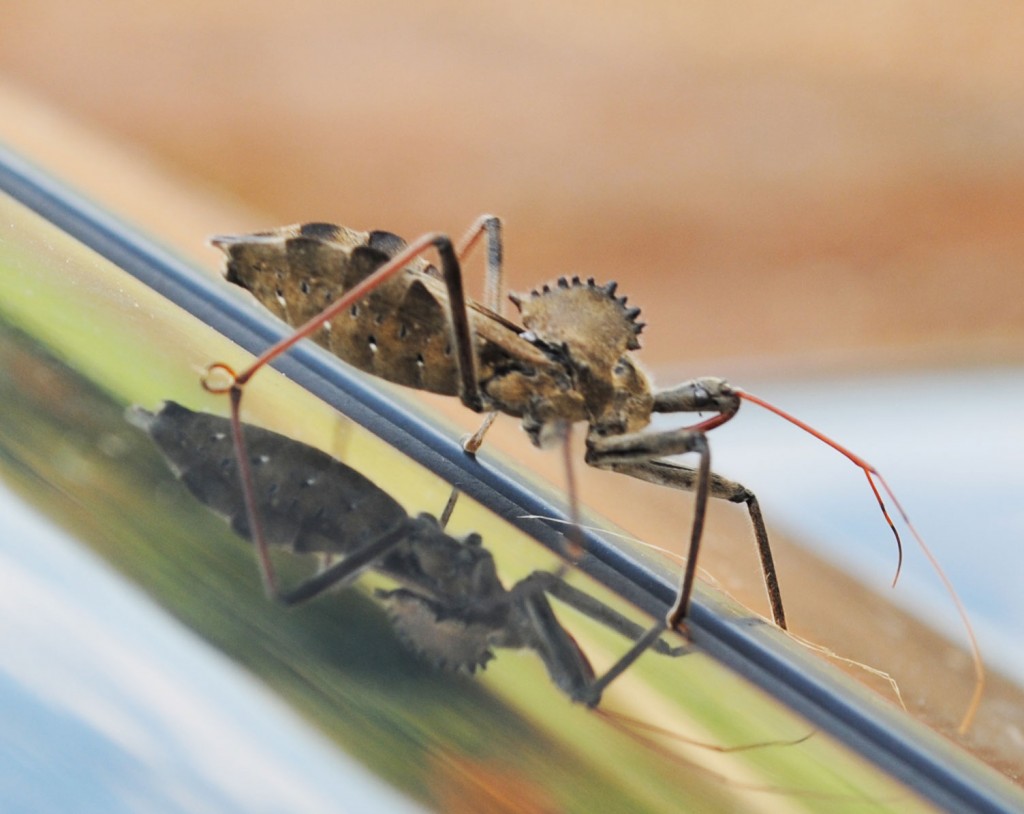 A cannibalistic insect that emits a vicious smell when startled, with a bite that may be more painful than a wasp sting? Yes, that’s a bug that we love seeing on our farm. Wheel Bugs (Arilus cristatus) are insect predators that help control many pesky plant pests, like aphids and caterpillars.

Wheel Bugs are shy and slow moving, and are found throughout the United States, though they’re rarely seen. Don’t bother them and they most likely won’t bother you. The adults measure over an inch long.

These “true bugs” are the only insects found in the U.S. with a wheel-like crest behind the head, so they’re easy to identify. In the immature stage, usually seen in April through June, they don’t have the crest, but their red and black bodies are pretty easy to recognize. (The nymph photo at right comes from the University of Florida.)

So don’t be too hasty when you see these bugs on your garden plants – they’re lending you a helping hand!