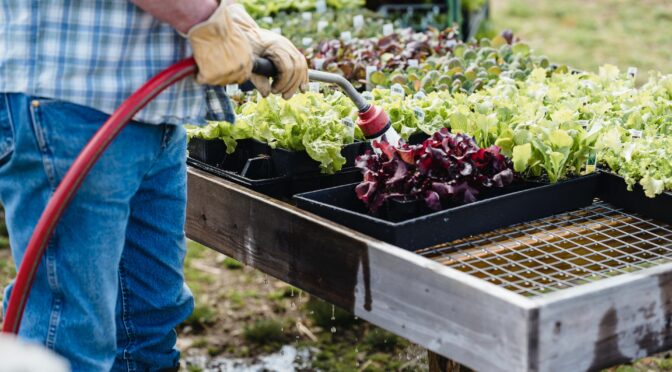 There’s a lot of vocabulary in the gardening world these days! As you dive into gardening, you’ll hear folks talking about regenerative agriculture, biological farming, heirlooms, open-pollinated crops, permaculture, and more. Especially if you’re new to gardening, all this jargon can get a bit confusing, so today, I thought we’d cover one of the big ones: “organic.” You’ve probably seen this word in various contexts, from food and seeds to methods or maybe even your chemistry class. So what does organic mean?

For our purposes, we’ll be focusing on the agricultural use of the word organic.

When we’re talking about gardening, whether it’s seeds, plants, vegetables, herbs, or livestock, you’ll want to focus on USDA-certified organic.

According to the United States Department of Agriculture (USDA): “Organic meat, poultry, eggs, and dairy products come from animals that are given no antibiotics or growth hormones. Organic food is produced without using most conventional pesticides; fertilizers made with synthetic ingredients or sewage sludge; bioengineering; or ionizing radiation.”

Farms that aren’t organic are generally referred to as conventional. If a conventional farm wanted to become certified organic, its fields would need to be free of non-organic products like fertilizer for three years before getting their certification.

Does that mean organic farmers don’t use fertilizers or pesticides? No, they may still use products that have been certified by the Organic Materials Review Institute. You may see the OMRI label on seed starting mixes, fertilizers, and even certain organic pesticides like neem oil.

As we’ve discussed in previous posts, it’s important to remember that when using these products, organic doesn’t necessarily mean harmless or safe. While generally less harmful than chemical pesticides, organic pesticides may still affect beneficial insects as well as pests. Organic fertilizers can still cause dangerous algae looms if allowed to run off into waterways. They can still cause adverse effects in humans too. Use caution when applying them to avoid breathing them in or getting them on your skin or eyes.

We recommend using these products sparingly and instead turning to other practices like crop rotation, cover cropping, and attracting beneficial insects whenever possible.

The short answer is no; it depends on the farm. Buying local food and getting to know your farmers is an excellent way to ensure their practices align with your beliefs.

Unfortunately, the opposite is also true. Some farms, particularly large-scale industrial farms, may have practices that follow organic regulations but don’t necessarily align with your values. Sadly, an organic certification does not necessarily guarantee food that is good for you or good for the planet.

Many of our customers are interested in organic seeds, and we offer them whenever possible. Look for the “OG” symbol next to a variety’s name.

There’s a lot to learn about agricultural practices and terminology. Understanding what organic means can help you make appropriate choices for your garden and table.

Many people aren’t big fans of spiders, but as gardeners, they’re easy to appreciate. They’re amazing predators helping protect our crops! In the past, we’ve covered some bees and predatory insects native to the Southeastern US, but I thought spiders deserved their own post. They have a surprising amount of variation from their appearance to their hunting style. Keep reading to learn more about five southeastern spider species you may see in your garden.

These stunning spiders are amazing web builders that produce seven types of silk! Adult females produce enormous webs up to 6.6 feet wide, often anchoring them to shrubs or trees. They sit near the center of their webs, waiting for prey like flies and grasshoppers to fly into the web.

Adult males are smaller and darker colored. They generally produce smaller webs near a female and can occasionally be found in a female’s web. These spiders only produce one generation per year.

You may have also heard them called golden silk orb weavers or banana spiders, though several spiders are known by that name. They thrive in areas with high humidity in parts of South and Central America and the eastern United States, occasionally as far north as Canada.

Golden Silk Spiders are not aggressive or dangerous. They will only bite if roughly handled, and their bites typically only cause mild redness and pain and are considered milder than a bee sting. That said, these garden allies should be respected.

You may not have noticed this little spider before, but they’re often abundant in yards, gardens, and agricultural areas. They get their name from their cat-like hunting style. They don’t build webs but stalk and then leap on their prey. They feed on numerous agricultural pests, including the southern green stink bug, tobacco budworm, and bollworm.

Studies have shown that Striped Lynx Spiders can detect the odor given off by prey. Unfortunately, scientists have also found that these athletic little spiders are heavily affected by pesticide use.

Females typically only mate once and produce a small egg sac. Spiderlings hatch about 20 days later and disperse using a method called ballooning, where they release silk into the air, which is caught by the wind carrying them to a new location.

Striped Lynx Spiders are non-aggressive, and their bites aren’t known to cause serious medical issues.

Numerous species of wolf spiders are found in the Southeastern United States. You may find them in the garden when flipping over mulch or other materials. They build retreats or shelters in the soil or under logs, rocks, or other debris.

These large hunting spiders are active at night when they run down their prey. They mate in autumn, and the males die while the females overwinter in protected areas. The females produce egg cocoons the following spring and then carry the spiderlings on their backs after hatching.

These spiders may bite if roughly handled or trapped against the skin. Their bite can cause redness, localized swelling, and pain but isn’t known to cause any serious medical issues.

Banded Garden Spiders produce large, concentric webs on east to west axis, which they attach the webs to stems, branches, or other plant material. You may notice zigzag silk banners in their webs. These are believed to help attract certain types of prey and deter birds from hitting them.

These spiders often sit in the center of their web, holding their legs in an x-shape. They feed on anything entrapped in the web, including mosquitoes, flies, grasshoppers, aphids, and even wasps.

Banded Garden Spiders have a short lifespan. They mate in late summer or early fall and the females deposit an egg sac before dying. The new spiderlings hatch the following spring.

These spiders are non-aggressive and often drop from their web to escape if disturbed. Their bite is typically milder than a bee sting.

As their name suggests, these stunning spiders are often found in orchards! However, they may also be found in shrubby meadows, suburban areas, and forest edges.

Like other orb weavers, Mabel Orchard Orb Weavers construct webs that they sit in and wait for prey. They may also construct barrier webs around their web, which help deter predators and birds from destroying their web. Interestingly, these friendly spiders may connect their webs together when prey is plentiful. They’re also often found near Golden Silk Spiders.

Mabel Orchard Orbweavers primarily feed on small insects like mosquitoes and small flies. Like Banded Garden Spiders, they have a relatively short lifespan, breeding and dying in early fall, while an egg sac overwinters.

These beautiful little spiders avoid human contact when possible and will drop from their web if they feel threatened. Their bite is milder than a bee sting and has no known serious effects.

Spiders can be scary for many people, but their incredible allies for gardeners. Hopefully, learning a bit more about five of the spiders you might see in your southeastern garden helps you appreciate them a little more. 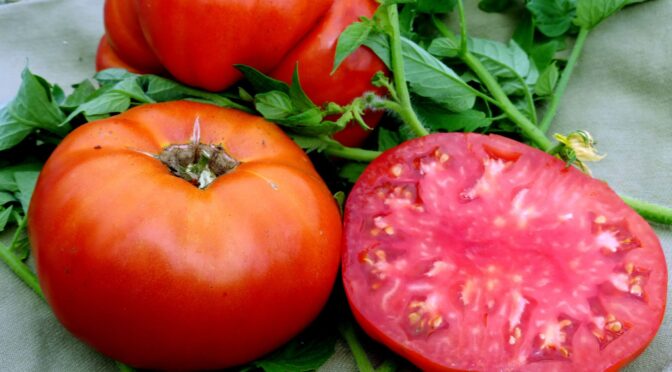 Tomatoes are the stars of the veggie patch. They’re a favorite among new gardeners and experienced green thumbs alike. As with any crop, the more you know about tomatoes, the better production you’ll be able to get. Learn what types of tomatoes to grow to suit your specific garden and needs.

We can divide tomatoes into two basic categories, indeterminate and determinate.

Indeterminate tomatoes have a more vine-like growth habit and will grow 8 to 10 feet tall. They’re heavy producers that fruit throughout the season, often until frost kills them.

Determinate tomatoes typically have a bushier, more compact structure and grow about 5 feet tall. They fruit and ripen all at once. Due to this feature, grows often select these tomatoes for storage or canning. 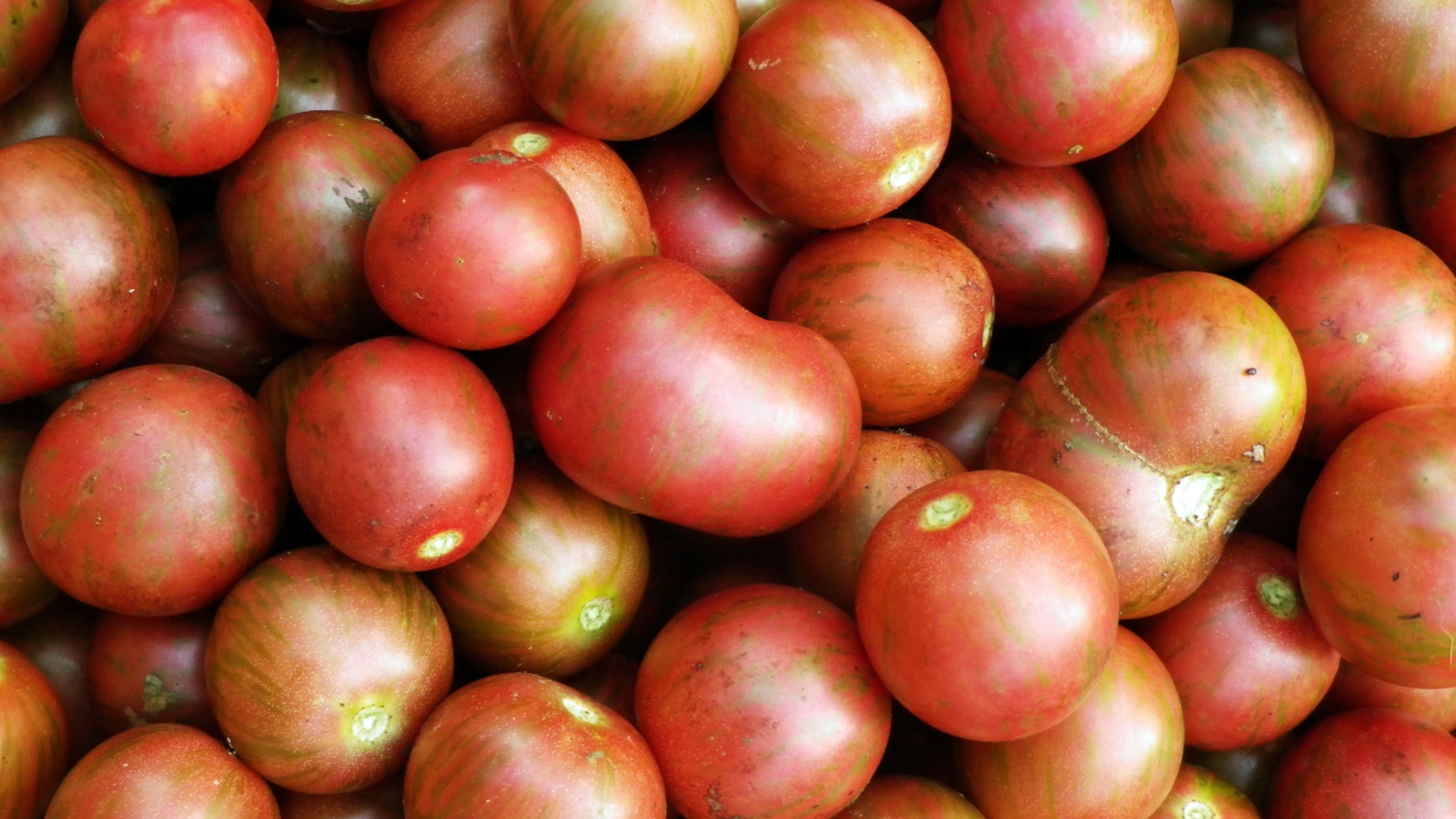 They’re great for kids (and adults) to snack on, and they’re prolific producers. These tomatoes also tend to tolerate being grown in containers well, making them an excellent choice for renters.

Currant tomatoes are the smallest and very close to wild tomatoes. They often self-seed and have good disease resistance and intense, sweet flavor.

These tomatoes tend to have denser, drier flesh than slicers. This makes them well-suited to sauces, drying, and canning, but they are still quite tasty eaten fresh! They also tend to be very disease-resistant and hardy.

If you’re looking for an excellent tomato for processing, try varieties like Bisignano #2, Illini Gold, and the classic Amish Paste.

Storage tomatoes are typically planted 1 to 2 months after your regular season tomatoes for fall ripening. Fruits are harvested while still green and ripen slowly off the vine allowing you to have fresh tomatoes long after your garden is finished for the season.

If you’d like to try storage tomatoes, check out Garden Peach or Reverend Morrows Long Keeper. 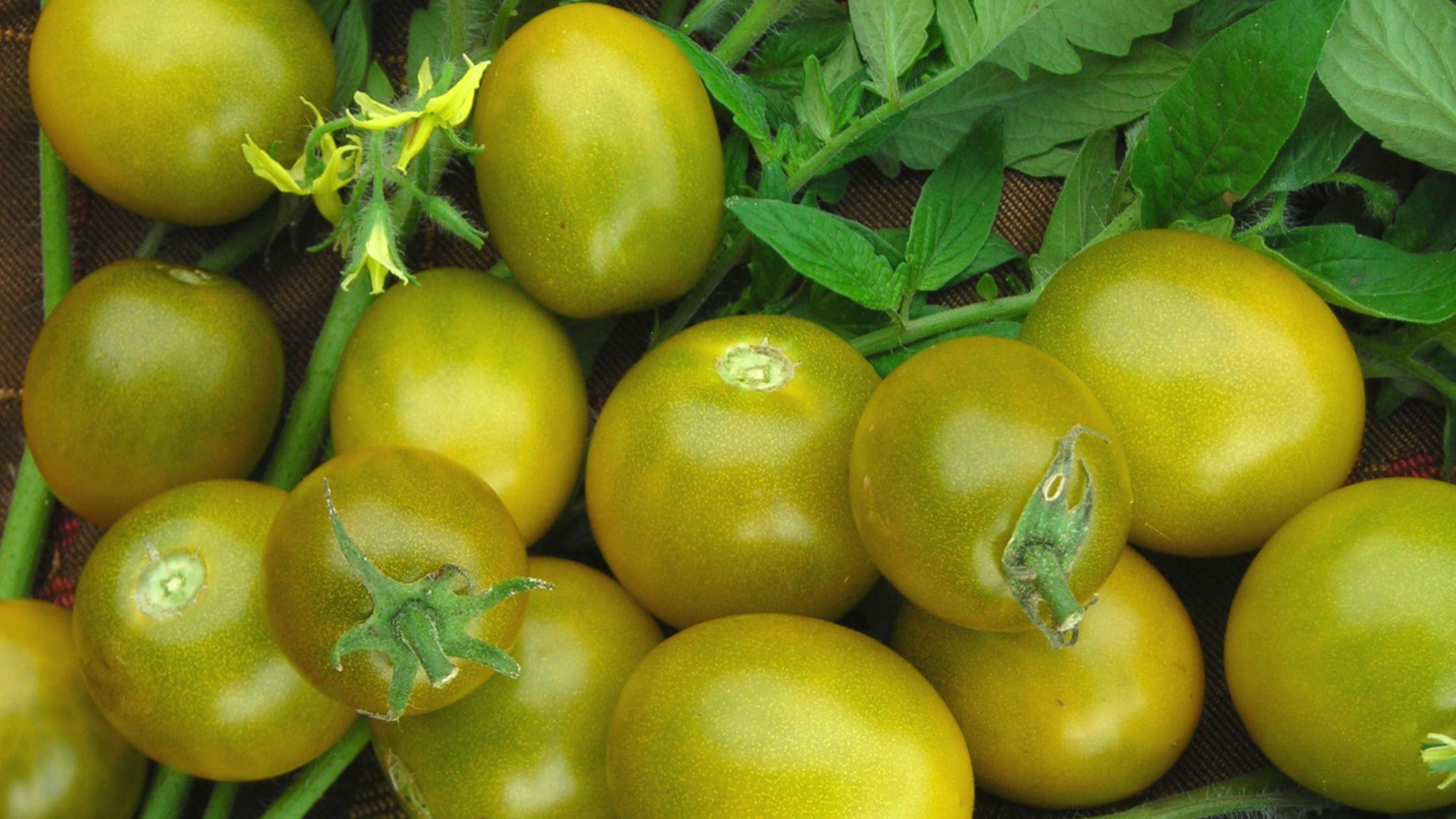 I also wanted to note that if you’re accustomed to grocery store tomatoes, you may assume that most of them are red. However, tomatoes come in a wide range of colors. We carry bicolor, green, red, pink, yellow, orange, white, and purple/black tomatoes at SESE. Some may produce multiple colors, like Amy’s Apricot Mix Cherry Tomato.

In the types of tomatoes above, I briefly touched on the fact that cherry and paste tomatoes are often some of the most disease-resistant varieties. However, there are varieties that feature different disease resistance that fall under all types of tomatoes.

When you look at tomatoes in the catalog or website, you may notice letters after their name. These letters indicate resistance to specific diseases. This doesn’t mean that these tomatoes are immune, only that they will tolerate this disease pressure better than other varieties.

Note that many heirloom tomatoes have not been extensively tested for disease tolerance either in the laboratory, or in extensive field trials – absence of disease resistance information in the variety description does not imply lack of resistance.

If you’re new to gardening, selecting varieties for your garden can be challenging when there are so many. This basic overview of tomatoes is a great place to start your tomato journey!